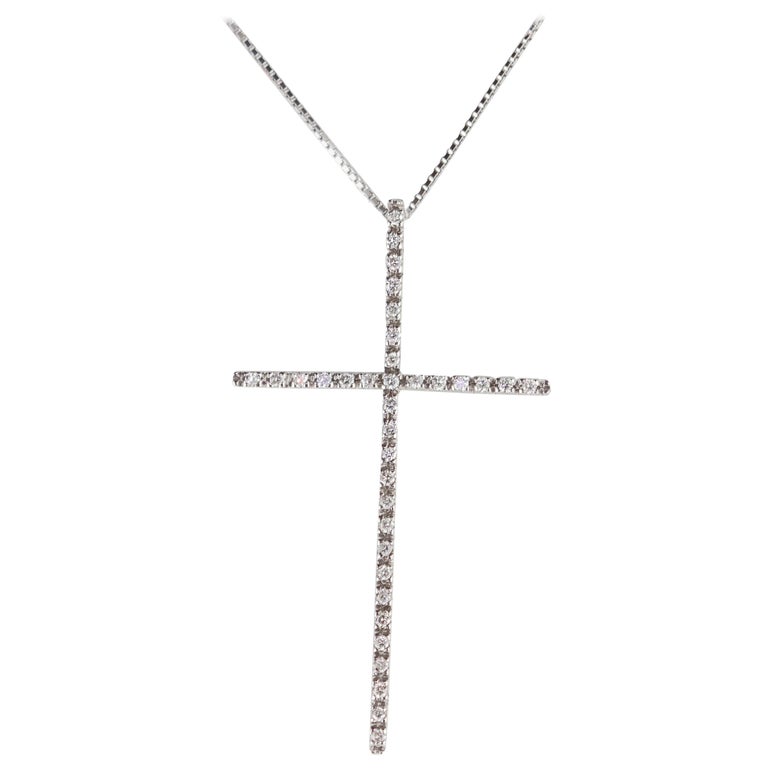 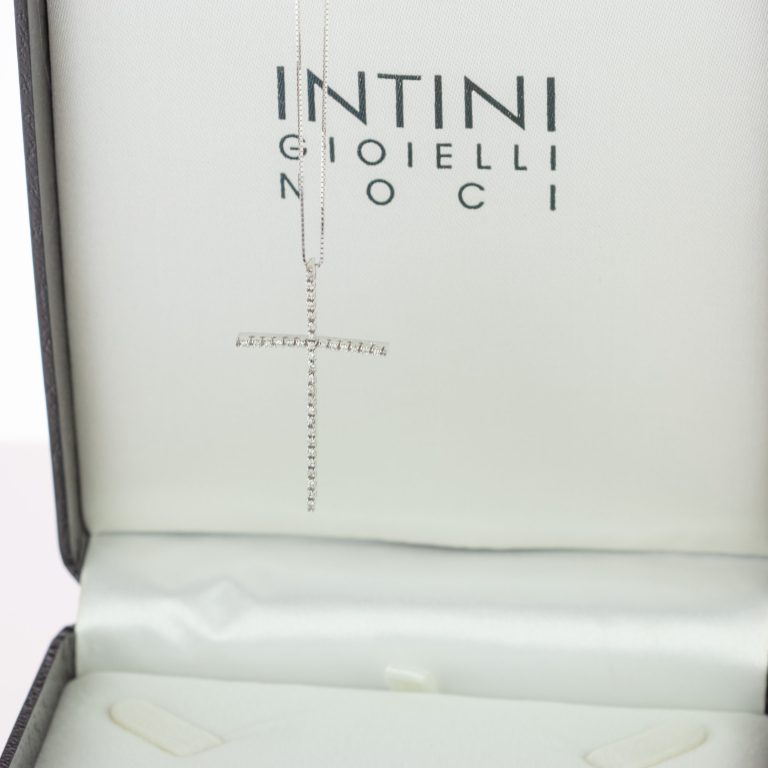 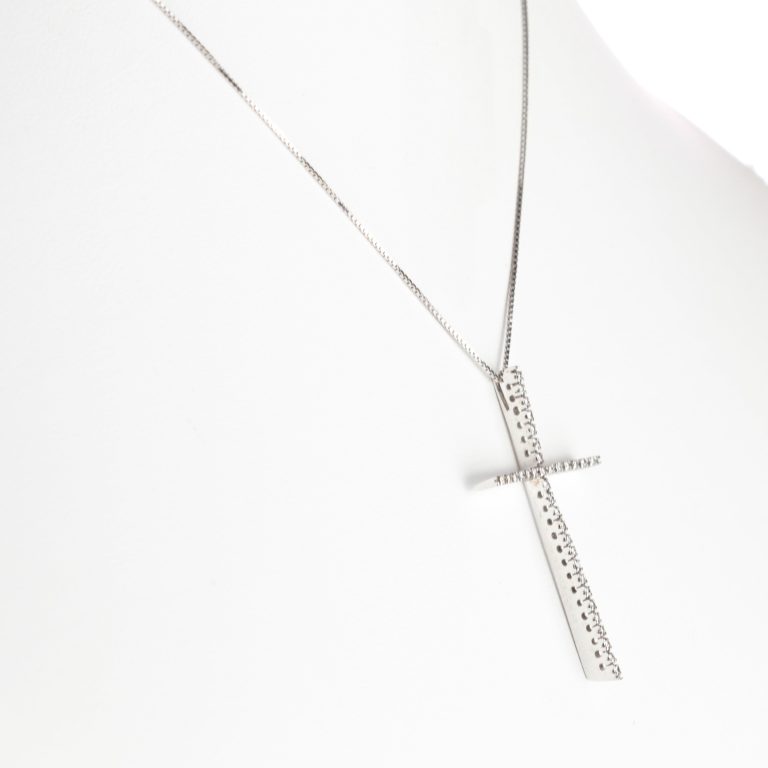 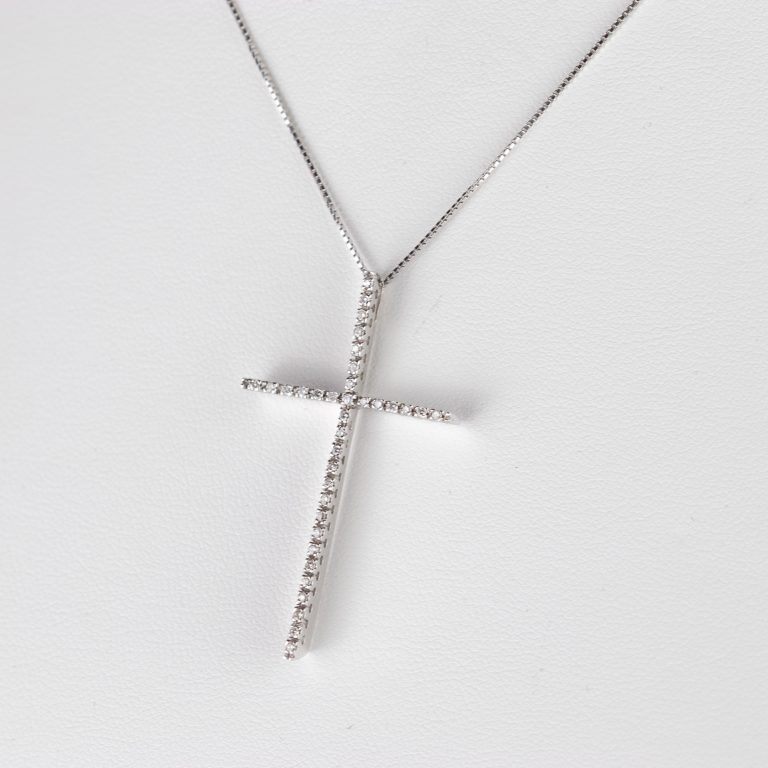 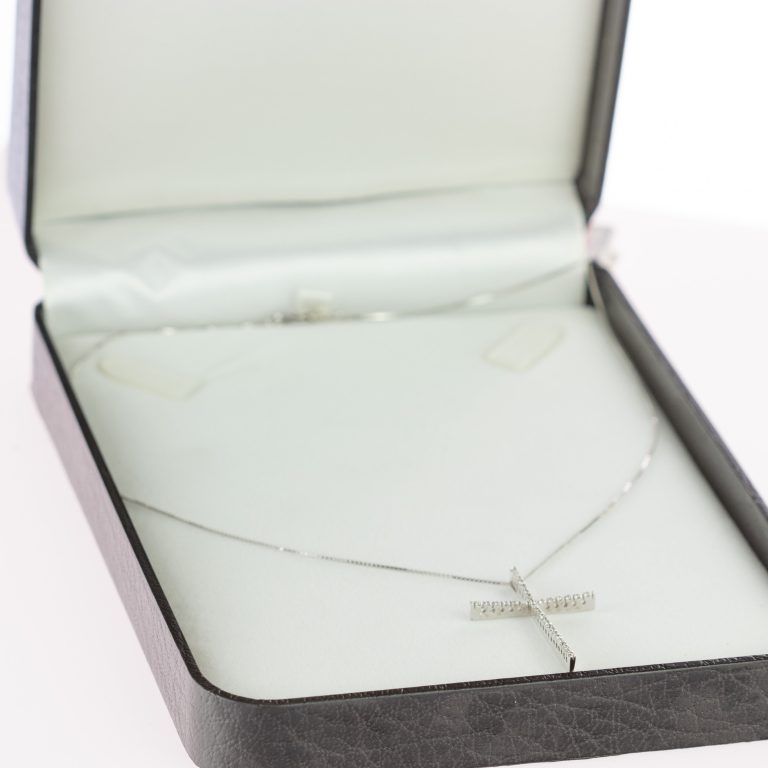 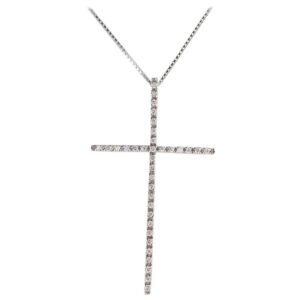 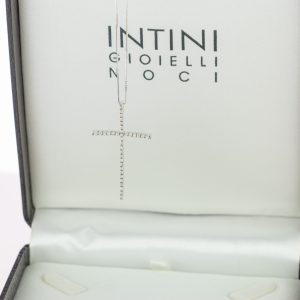 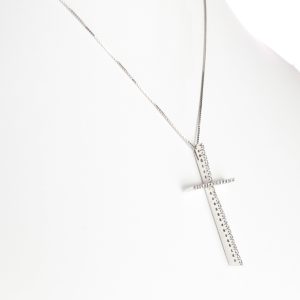 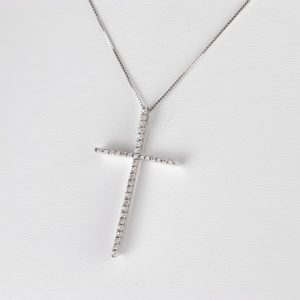 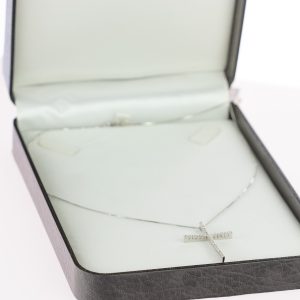 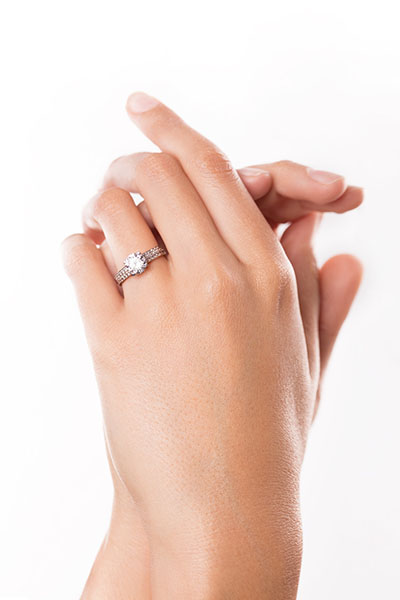 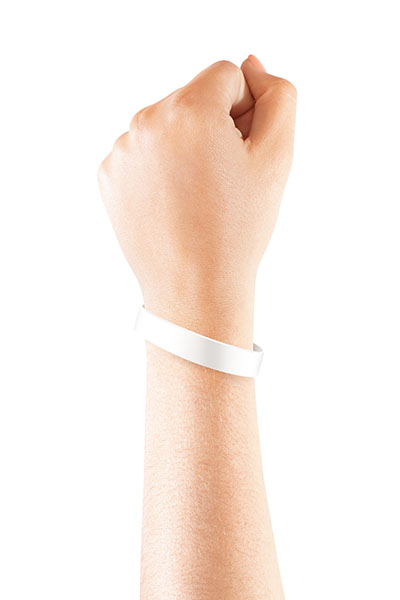 Spiritual necklace with a splendid cross entirely made of natural diamonds over white gold.

At Intini Jewels we are committed to provide a unique luxury experience, through jewelry designed by us and inspired by beauty and authenticity.

18 Karat White Gold chain of AAA quality with a resplendent and notable sparkling cross pendant embellished with 0.33 carat diamonds. All the brilliance and cultural history in one piece, ready to dazzle anywhere.

Inspired in one of the oldest and most widespread symbols in history, the cross is best known as a sign of the Christian faith. However, the cross has played a significant role in many other cultures as well. The ancient Egyptians and modern peace marchers have adopted it to represent an idea they considered important. The Greek cross represented the four principal directions (north, south, east, and west). The Plains Indians place the cross within a circle to signify the four main directions of the heavens. The ancient Assyrians, Babylonians, and Persians all used it to represent the basic elements earth, water, wind, and fire from which they believed all living things were created. An element full of meanings and interpretations should not be missing in any jewelry box.

‘I’m not into diamonds’ – said no woman ever! Diamonds are definitely the most treasured friend of every woman out there. Sparkling with an internal fire of its own, diamond is one of the world’s most adored stone.  A diamond ring makes an undying promise of a long-lasting relationship since love is supposedly rare and so is this beautiful stone. We know that no other stone shines like diamond and that is why our experts at Intini Jewels have created a dazzling collection of diamond jewelry for you to express your undying love for your beloved!

We have been in the jewelry game since 1976 and so, we know where to get this rare piece of stone from! Represent your love with this one-of-a-kind gem. Check out beautiful pieces from our diamond jewelry collection online.

Contact us for any type of information regarding our products and services.

Reserve a visit at our show-room or a video call with one of our experts, with whom you will find the best solution according to your needs.

Ask us for information

Write us on whatsapp

Ask us for information

Subscribe to the newsletter to stay updated on the Intini world

Right away for you

0
Your Cart
Your cart is emptyReturn to Shop
Continue Shopping